The latest episode of the #LesMiserables Reading Companion podcast covers the amazing scene where Eponine single-handedly stares down 6 hardened criminals and wins.

As always, their analysis turns up some really interesting connections with other parts of the book - like the fact that Eponine channels both Javert and Thenardier, the two main antagonists, but uses their traits to act heroically. 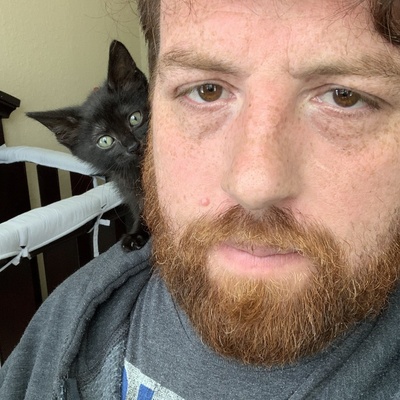 This story was really interesting. It is eerily prescient of the current wave of anti reality conspiracy theories that are all over the news. #amreading #sffbookclub

Each time I've read Les Misérables, I've had a greater appreciation for the chapter on argot. The first time I skipped it. The second time I decided I hadn't missed much. The third time I could see what Hugo was doing thematically: https://www.hyperborea.org/les-mis/book/slang/

The latest episode of the Les Mis Reading Companion is on that chapter, and they give it even more context, illustrating how language can be used for gatekeeping...or rebellion. https://readlesmis.libsyn.com/ep39-iv7i-iv-argot

The Book for November will be The Tea Master and the Detective. (This time with the correct hashtag)
https://www.goodreads.com/book/show/36686547-the-tea-master-and-the-detective

"Haven't you read that book before?"
"Yes, I have," said the robot.
"So why read it again? You can't have forgot it."
"No. But I want to compare my reactions now and then."
"Why?"
"To learn about myself."
"There are special books for that."
"All books can be for that."
#MicroFiction #TootFic #SmallStories

Last week I gave up on "The Unexpected" after 5 issues. It was the only one of the New Age of DC Heroes comics that caught my eye. The first issue was good, but after that it just meandered and meandered.

It turns out DC is cancelling it with issue 8.

So I'm down to one DC comic, The Flash, which I haven't been able to work up any enthusiasm to read since Heroes in Crisis hit.

These were shocking years ago. Now they're cliches.

A Wheel of Time TV adaptation is finally happening!

TV is definitely the format for it - it's too sprawling for movies. And unlike another epic fantasy series I can think of, the story's already done. (Early GoT convinced me that this sort of thing *could* be done on TV)

Finished reading Night and Silence, the latest October Daye book by Seanan McGuire. Toby's family keeps getting more and more complicated. And I'm concerned about the consequences of one character's last-ditch rescue effort.

In other #comics #amReading, I expanded my thoughts on the Graphic Audio adaptation of #FinalCrisis - and going back to the original and its tie-ins - into a full blog review.

I was already numb to any interest in reading Heroes in Crisis. Having read the list of confirmed deaths in the first issue alone, I've changed my decision from "maybe pick up the trade if reviews are good" to "nope."

I'm tired of any character who isn't currently headlining a book being one editorial decision away from cannon fodder.

And I'm tired of comics repeating story beats just to repeat them without looking at what made them work (or not) in the first place.

This sounds amazing: BOOM is going to be doing graphic novels based on The Magicians (the books, not the TV show), starting with an OGN next summer focusing on Alice: her life before Brakebills and the events of the first book from her POV.

I'm not familiar with artist Pius Bak, but writer Lilah Sturges is a perfect choice.

I found this old post I wrote on how Marvel or DC would have milked Lord of the Rings as an "event" comic book, with tie-ins, spin-offs, and character spotlights...

...and realized it's not that far off from what the Hobbit movies actually *did*.

BIG NEWS! Jonathan Coulton and I just launched the Kickstarter for a children's book called THE PRINCESS WHO SAVED HER FRIENDS! Please do check it out and spread the word! https://www.kickstarter.com/projects/gregpak/the-princess-who-saved-her-friends

I'm seriously impressed by the concept of the sophon. It's one of the most overpowered pieces of impossible tech and yet it's a simple extrapolation from string theory - and making use of known quantum effects gives it a lot of other abilities that handily explain the mysterious happenings early in the book. 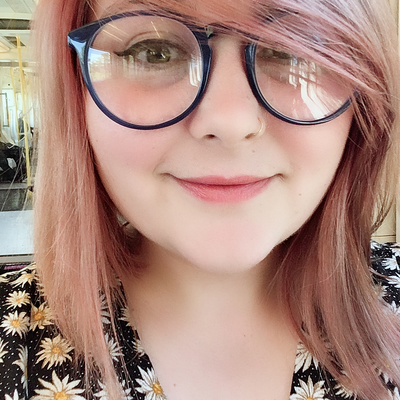 Hey! I’m editing an amazing book of #autistic people’s writing and art. 20 artists have produced essays, short stories, creative non fiction and illustrations. Publishing is an industry dominated by neurotypical voices and I wanted to create a space to showcase the talents of some amazing people.

But we need to hit 100% for it to happen. Come check the project out and consider preordering the book to guarantee its publication.

I've started listening to the Graphic Audio adaptation of 52, and I can't get over Booster Gold's totally surfer accent, dude.

I'm still reading through #ThreeBodyProblem, up to the 1980s, and another new book on my must-read list has come out. I think I'm going to skip September for #SFFBookClub, catch up on the pile a bit, then depending on what the October pick ends up being, either come back to the club selections at that point or pick up Dark Forest.

I didn't re-read Requiem. I still haven't picked up Rage of the Red Lanterns. (I'd forgotten the Alpha Lanterns were involved in Final Crisis.)

I also didn't re-read Legion of Three Worlds, which IIRC has nothing to do with Final Crisis except Superman passes through it between Superman: Beyond and his return to Final Crisis when Braniac 5 shows him the Miracle Machine. (3 versions of the LSH, none of which were the one that I actually followed).

I do want to re-read Multiversity now, though.